Welcome to Model Coverall Service, Inc!  Started in 1923 by Max Subar, we’re now a third-generation, 92-year old family-owned and operated independent company. We truly are “The People Who Care.” Our mission is to build loyal relationships with Customers, Team Members, and the Community. Because we’re not a billion-dollar public company, our only job is to SATISFY CUSTOMERS on MAIN STREET, not STOCKHOLDERS on WALL STREET. We are, however, NATIONALLY RECOGNIZED as a service and technology leader of our industry. And we’ve been recognized as the U.S. Small Business Administration’s Small Family Business Of The Year in Michigan, and by the Better Business Bureau with their Integrity Award (WMi-2011).

We offer exceptional products and services that promote the image, cleanliness, productivity, and safety of the workplace. Our services include uniforms, mats, towels, mats, mops, restroom products, and linens. We also have a First Aid, Safety and Training Division. (MFAST).

We service Michigan and Indiana from our main facility in Grand Rapids, and from sales/service offices in Lansing and South Bend. More than 6,500 working men and women wear our IDENTIFORMS® every day, and more than 3,000 businesses enjoy the great value of our many services. With our membership in a national alliance of independent laundries like ours, we can offer national customers local, caring service at national pricing. Our goal is to provide the best VALUE possible. As a smaller, family business, our reputation for dependability, caring, honesty, integrity and value allows us to prosper in an industry full of larger, public companies. We offer our personal, money-back guaranty of VALUE. Our professional sales staff will help you develop the best program to fit your desires and your budget. Our service staff will provide dependable, friendly, honest service, and will satisfy your needs week after week, year after year, even as your needs change. Contact us, or keep surfing to find out more.

Does your staff know what to do in an Emergency?
Let us help you and your staff be ready!

A Brief History of Model

1923 Max Subar started Model. Max was a textile salesman to restaurants in Detroit, and saw an opportunity for rental linen service in West Michigan.

1930’s With 2 brothers as partners, the Subars expanded linen service throughout West Michigan. 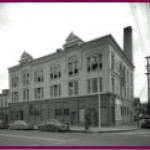 1940’s The war was a difficult time, especially when 44 year-old Max tried to enlist in the Navy but was denied, told that his efforts were needed here at home, in industry. After the war, manufacturing picked up and the new industrial uniform and towel rental business grew. 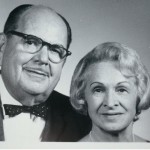 1970’s High fuel prices forced major improvements in energy-efficient equipment and processes, such as a “steam tunnel finisher” instead of pressing. 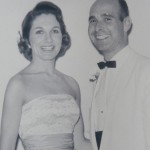 To learn more about Model please visit us at: http://www.modelcoverall.com/